Disa had some digestion problems after she ate 6 fat balls for wild birds. To make it worse, she visited the neighbours in their garden, left her droppings and barked at the people. So me and Lisa (Disa’s human grandma) went to Canossa, errr the neighbours, and apologised for our beloved ball of love (and fat). Ball of love is some kind of French term of endearment for pets. So yesterday we went to a new vet. Very disappointing. We miss Rozenn our Norman vet. Vets should always move with their clients. But even though the new vet tried to drill a new anus into Disa with a thermometer, the digestion problems are already better today and Disa gets a Christmas meal of rice and chicken, cooked with love, electricity and water. 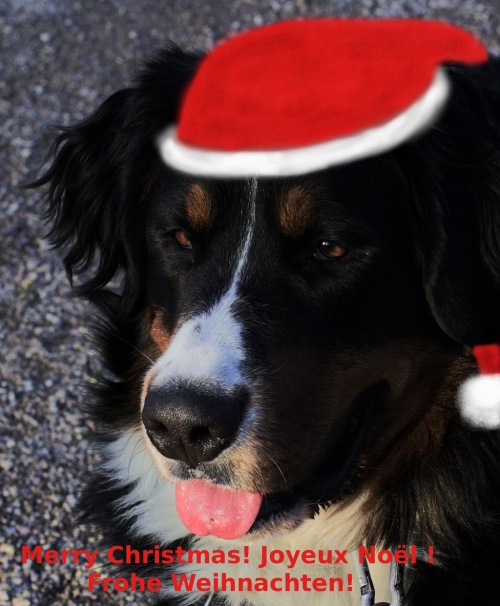 No animals were harmed in the making of this picture!

Brad brought the other 12 sheep today to the safe haven of the Fondation Brigitte Bardot. They will live there forever and teach the dogs the philosophy of Brad. Books are for eating! Mäh! You can help to spread Brad’s word by donating for the Fondation. Donating money of course, though Brad says you can donate dry sheepfood, hay and carrots too. He’s not picky. 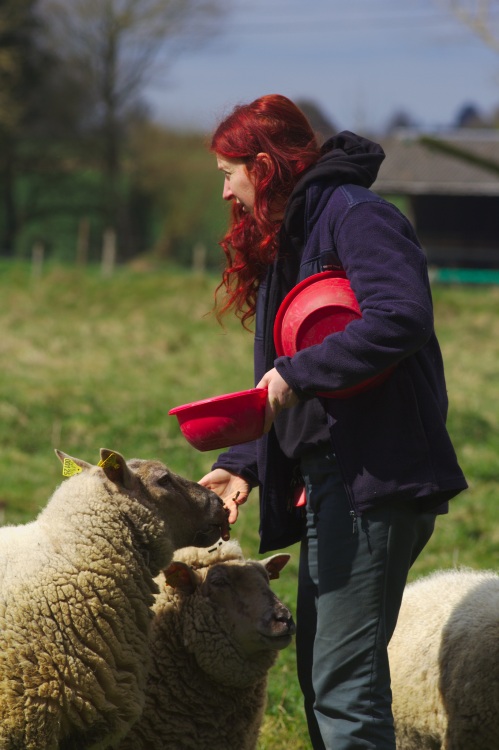 Brad, the sheep guru, teaching me how to feed sheep properly.

I’d like to say thank you to everybody that has been following my blog, reading and commenting my posts. I’m closing this blog more or less, since there is no point in writing about Normandy, when I’m not in Normandy. I will by all means continue to use my Flickr-account. It’s most likely that I won’t have internet or telephone for a certain amount of days.

I’m still waiting for the man from the Fondation Brigitte Bardot. They said they would take the sheep. 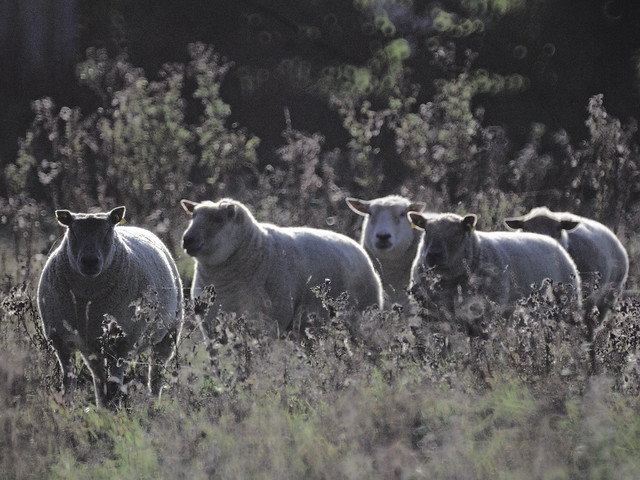 Phex died in October 2014. He was over 14 years old. He was very handsome and looked like Lassie. He got dementia in the end and couldn’t sleep anymore because of hallucinations. We tried Cortisone, but he got stomach bleeding from the Cortisone so we thought it might be time to say goodbye. He was on the sofa, surrounded by his family and the vet has put him to sleep. Couldn’t tell it in public, because I knew we wouldn’t stay forever, and my employers insisted on my having two big guard dogs the whole time. While they didn’t want to pay for any vet costs, or treatment against parasites. And because I couldn’t write in public about my situation anymore, I stopped to write here entirely. 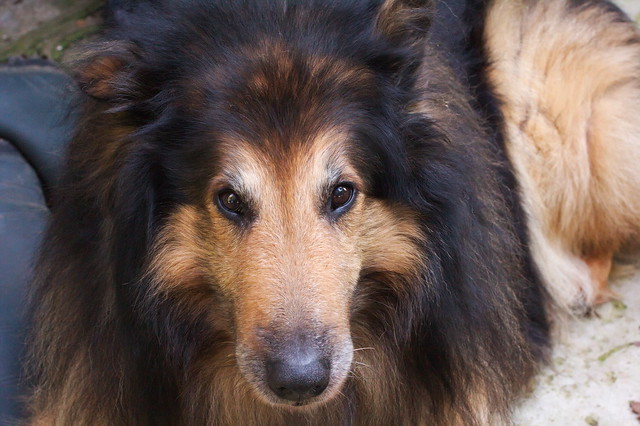 But in March I got a female Bernese by name of Disa. We bought her from an animal shelter and she’s „fofolle“. That translates to „insane“ and it means she’s scared of everything, especially of cars and people and once she decides, that a human is not a threat, she jumps on them and puts her arms around their neck. I’m always dirty and the car has scratches everywhere. But we love her nevertheless. And there’s always hope that one day she’ll behave. She’s already a bit better… somehow… Disa comes with us to Germany. Bach died in April 2015. He had a very agressive cancer. He had two small surgeries and a treatment with Cortisone. It didn’t help. So we thought it’s time to say goodbye. He was the nicest dog I ever met and he was beautiful. I will remember him and all the other dog I had here until I myself get dementia or die. I’ve had his corpse incinerated and the ashes are already on their way to Germany. 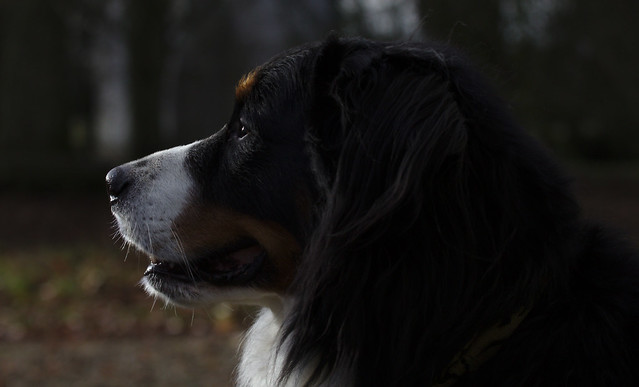 Rudi died at the end of September 2015, right after I got my dismissal more or less without notice. His state was getting worse and worse and he couldn’t bear any pain anymore. He couldn’t shit since 2012 and I had to empty him with my fingers every second day. I didn’t want to let him go, he had been my best friend nearly his whole life. I got him when he was approximately 2 months old. Somebody had thrown the emaciated puppy out of a car window. He didn’t want to leave me either. It had to be done. I’ve had his corpse incinerated and the ashes are already on their way to Germany. 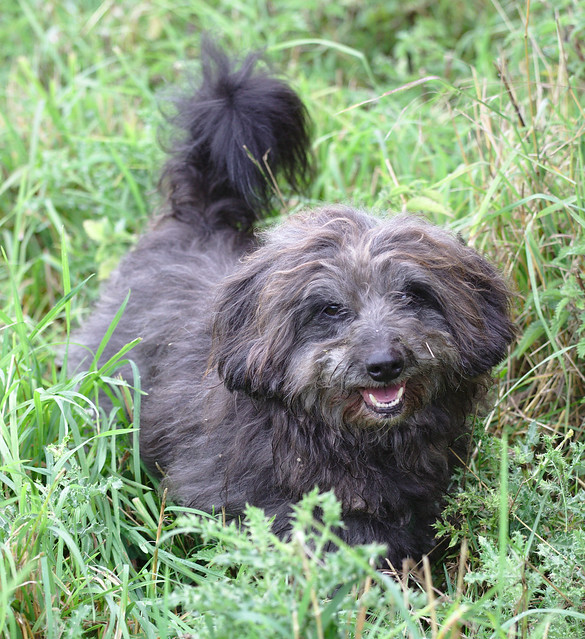 The three cats Schlafmütz, Miniputz and Farbexplosion are alright and go with us to Germany. 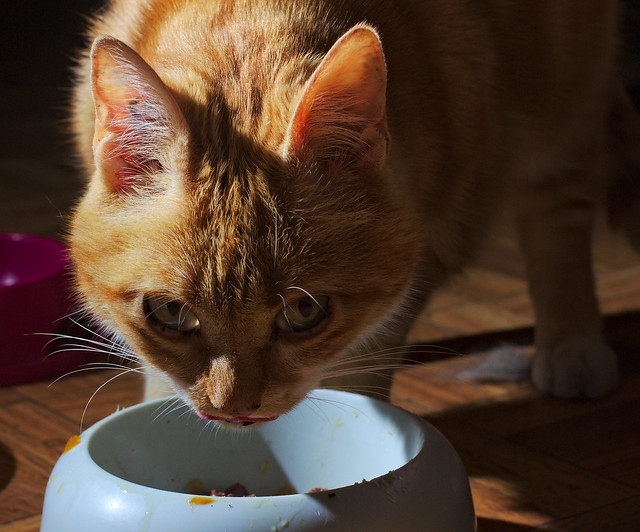 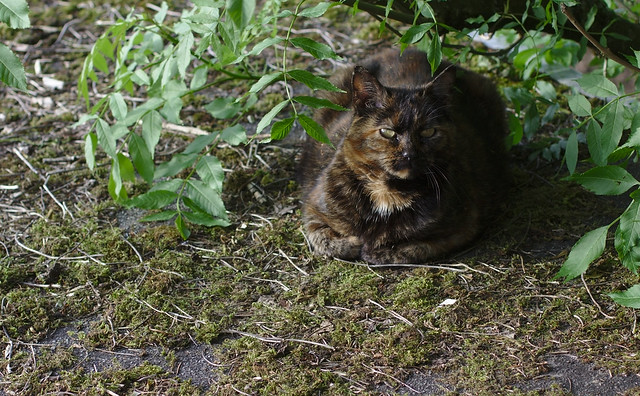 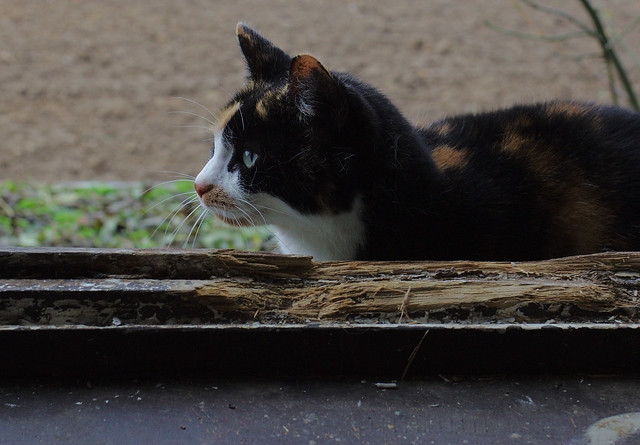 Miniputz at the rotten window of the cat’s bedroom outside on the rotten roof over the bathroom. 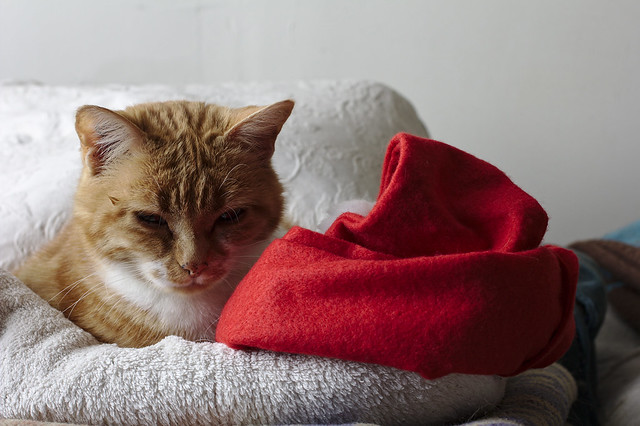 I thought she might wear the cap, but she refused to. Maybe I should put her little cute butt in the cap instead. If it was a cardboard box, she’d “wear” it.

Thank you Easy for reminding me of Schlafmütz’ present. 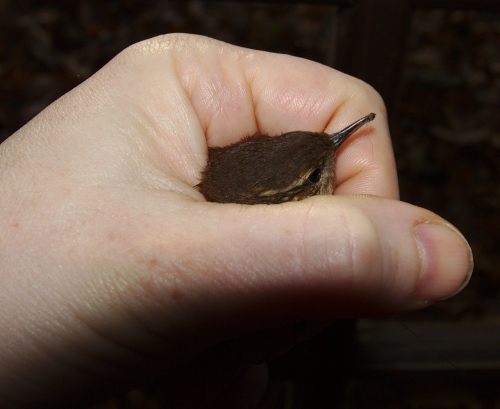 Schlafmütz brought me a wren yesterday. I’ve let him fly afterwards, he was unharmed. She said a wren in the hand is better than a dead mouse under the bed. Good point. 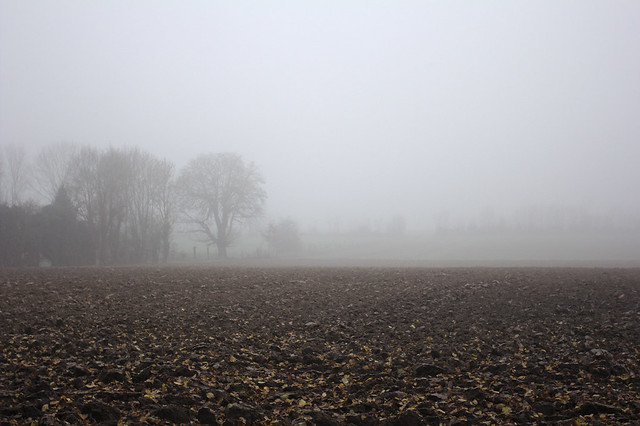 We had some minutes of sun in between two banks of grey clouds though. I liked this a lot: 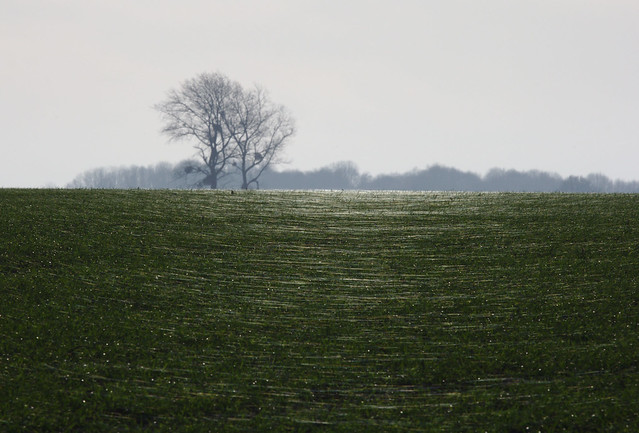 Spider silk glistening in the sun. never seen that much spider silk before. Busy spiders. Saw this on a walk with the dogs up the hill in front of the property.

Rudi (terrier) got a new grey sweater for Christmas. He’s already wearing it and scares the sheep. Sheep are confused by and afraid of new colours. They don’t change their colour and expect everybody else to be like them. 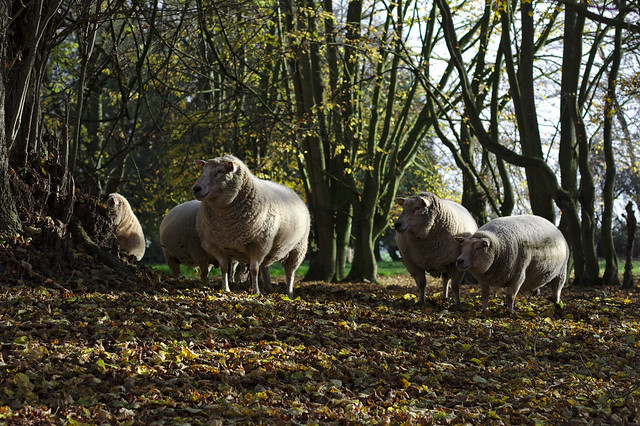 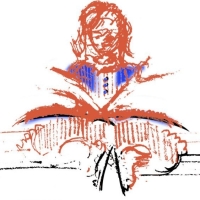 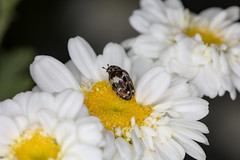