A litre funéraire (painted funereal band, aka litre seigneuriale) is a black band that was painted inside or outside of the walls of churches and chapels in France in medieval times and the Ancien Régime. The name derives from latin: “litura funeris”, which can be translated: “place that is revised for funeral”.

The litre (short for “litre funéraire”) is usually a horizontal black band, that was painted on the plaster of walls and columns in a height of 2.50-4 metres. It was on average 30 centimetres wide. In case of the death of a person that held the jus patronatus the insignia (heraldric crown and coats of arms) of that person have been painted on the black band. Litre in the church of Rioux (Charente-Maritime), photo by Cobber17, licence: Creative Commons Attribution 3.0/CC by

During the Merovingian dynasty (5.-8. Jahrhundert) the Carolingian Empire has been christianized. Noble Franks built chapels for themselves and their retinue. They were the owners of the chapels and this ownership was hereditary. The owners could sell the chapels and churches or give them away. That was called “dominium laicus” (secular dominion).

The Pope Gregory VII (1020-1085) initiated the investiture controversy (1076-1122), a political conflict between Church and state mainly about the investiture of bishops. Due to the Concordat of Worms (1122) and the Fourth Council of the Lateran (1215) a new jus patronatus was established in France, replacing the old dominium laicus. Laity could not own a church anymore, they could become patron of a church. As patron they were allowed to nominate a clergyman if a position was vacant (jus praesentendi). One of the rights of the patrons was the commemorative painting on the litre.

First litres were painted at the end of the 11th century, especially during the First Crusade (1096-1099). In those times the litre have been painted mostly on the outer walls of churches and they were not permanent. The coat of arms of the deceased was deleted by painting it black on the day of his “Obituaire” (Requiem Mass), that was celebrated one year after their funeral.

On 13 April 1791 the National Assembly of the French Revolution decided that the litres should be removed completely from public churches and chapels by the patron. This enactment did not encounter much resistance, because at that time the litres were rarely used anymore. Litres that were not removed because of the enactment often disappeared later because of renovation works or decomposition. They are very rare these days.

Faded Litre on the outer wall of the church Notre-Dame in Notre-Dame-d'Épine (Eure, Haute-Normandie), own photo, licence: Creative Commons attribution, CC by

A former litre was covered with clay on the outer walls of the church in Morsan (Eure), own photo, licence: public domain 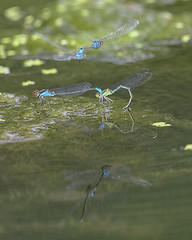 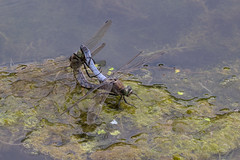