Rollo († um 931) is the Central European name of a Viking, who was called Ganger Hrôlf in Scandinavia. “Ganger Hrôlf” means Rolf the pedestrian. The French call him “Rollon” or even “Raoul”. Anglophones often call him “Robert”. He became the first duke of Normandy.

It is said, that he gained his sobriquet because he was too tall to ride on a horse. This nickname might be given to him posthumously, to indicate, that he was special among the Vikings. It reminded me though of the film Útlaginn in which tall men ride small horses. I guess it would be possible to be too tall for an Icelandic horse.

Rollo was the son of the jarl (earl) Ragnwald of Ålesund, who was sent by Harald Hårfagre (Fairhair) to conquer the Orkney- and Shetland-isles. Rollo himself was not only plundering abroad but even in his home country Norway. Therefore he was exiled. The Norvegians didn’t like kings much at that time and other men followed Rollo, his group of Vikings increased. Soon he became leader of a small fleet and his goal was not only plundering anymore, he searched land to settle. Rollo and his Vikings stayed one winter in England and went afterwards to the Dutch peninsula Walcheren. Count Reginar I. Longneck of Hainaut in Belgium tried to chase the Vikings out of his countries, but Rollo and his men advanced more and more and finally plundered Condé-sur-l’Escaut (Département Nord, France). Afterwards they ascended the Seine.

14th century illustration depicting the negotiation of the bishop of Rouen and Rollo. Online library of Toulouse, licence:public domain

The inhabitants of Rouen asked Rollo to protect them from other Vikings. The bishop Witton (892-910) was negotiating with Rollo and the latter accepted. The vikings called Rouen “Rudhaborg”. King Charles Le Simple (Charles the Simple, 879-929) sent his duke to fight against Rollo. In 885 they met on the battlefield at Pont de l’Arche. Rollo won, he and his men plundered Melun afterwards. More and more Norvegians and Danish were settling in the region around Rouen and this region got the name Normandy, region of Normans. Rollo expanded his dominion along the Risle, along the Orne and in 900 his forces besieged Bayeux and took it. Rollo married Poppa, the daughter of Bérenger II., count of Bayeux, who had died on defending his city.

In 911 Rollo and Charles le Simple concluded the contract of Saint-Clair-sur-Epte. The contract warranted Rollo the reign over Neustria. Neustria was situated in the northwest of France between Loire and Schelde. Above that, the contract allowed Rollo to plunder Brittany. Rollo promised in return to protect France from other Vikings. At the time of this contract, Rollo was over 50 years old. Rollo converted to Christianity and allocated land to his loyal followers. Soon there was peace in Normandy and Rouen became it’s capital. Rollo was buried in Rouen after his death in 931. 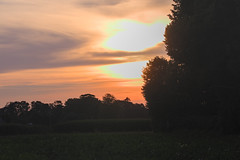 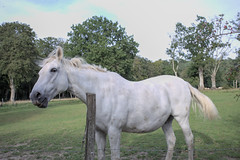