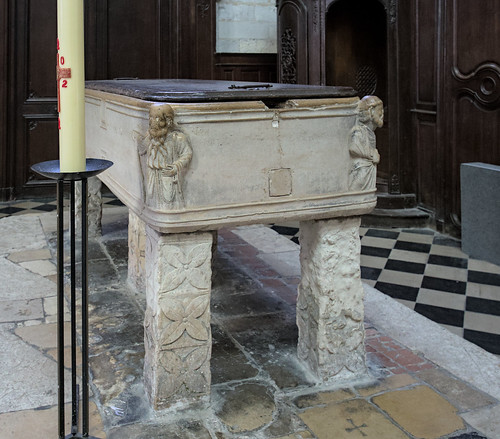 And that’s why the historians fight about this baptismal font. The stands were made from a different material as the basin. The stands are decorated with a plant or flower motif. They were definitely made in the 13th century. 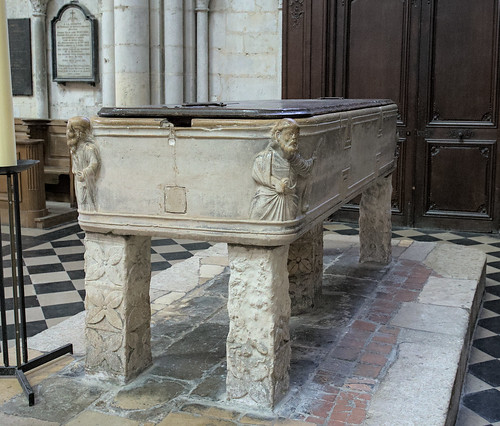 The basin might be older since it resembles another basin in Somme and said other basin was made in the 11th century. All historians agree that the basin has been used standing on the ground. Some say that it might even have been made in the 8th or 9th-century. They say the stands were added later when the ritual of the baptism changed. The others have no idea why the stands were added. I find this rather fascinating. The others say, that the basin, made in 1180, was used to wash corpses, which is also a possible but not so interesting theory. It doesn’t sound very nice to wash corpses in it and then baptise people in it. But you’ll never know. The basin is decorated with four prophets. One on every angle. The names of Joel and Zachary are still readable. 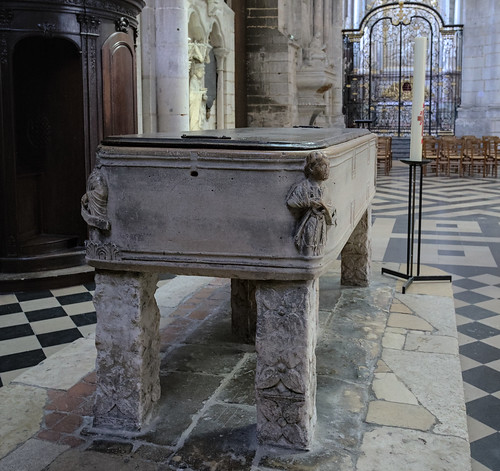 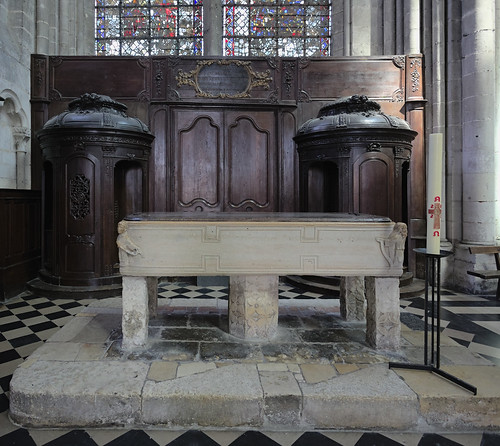 Here you got a similar (or even bigger) baptismal font made around 1100 and it’s placed on the ground. This is in Speyer Cathedral (photo by: Heribert Bechen, 5 million visits – many thanks! on Flickr.) 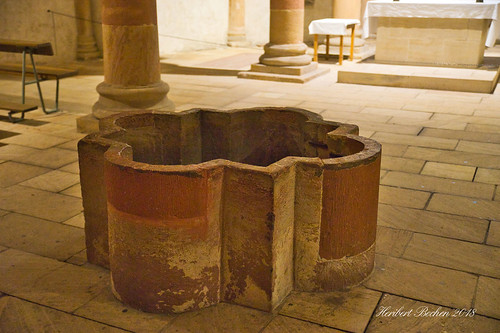 4 thoughts on “The mystery of the huge baptismal font”