Yvetot is nowadays a city with around 11000 inhabitants. In the northeast of Caudebec-en-Caux and in the northwest of Rouen.

In the 6th century the fief of Yvetot belonged to Gauthier, the chancellor of Chlothar I (497-561), the son of Clovis I and Clotilde.

Gauthiers father had been a warrior of the Franks, who has fought in every battle shoulder to shoulder with Clovis. Gauthier himself was brave and honourable and therefore respected by king Chlothar.

Some of the other noble Franks were jealous on Gauthier and sought to bring about his ruin. While Gauthier was on a journey, they alleged, that Gauthier conspired against Chlothar with the king in Paris Childebert I, to commit murder. They provided false witnesses, which had been bribed. A witch was hired, who met Chlothar as if by accident on a hunt. After she solemnly declared that Gauthier was Chlothar’s worst enemy, he went mad. His face went white and he was hissing between clenched teeth, he swore by Saint Medardus to slay Gauthier with his own hands.

Gauthier was warned by fast friends and flew over the Rhine north, where he was fighting with barbarians. After some years he wanted to go back home. He went to the Pope Pelagius I who gave him a letter of safe conduct, that was attesting his innocence. Reassured he went back to Soissons, where Chlothar held court.

He reached Soissons during the Easter mass. Everybody had gathered in the cathedral. A man in a Cilice (hairshirt) entered the cathedral and hurried to the king and kneeled down in front of the king, the man was Gauthier. The king recognized him immediately, forgot the sanctity of the place, screamed with anger, took his battle axe and chopped the head of his former chancellor off at a single blow. Blood was spurting over altar and stairs. The people rose startled and railed against the king. The bishop evacuated the church and went with Chlothar in the sacristy.

Chlothar I kills his nephews while Clotilde weeps, manuscript of the 15th century, public domain

When Chlothar calmed down, the bishop read the letter of the pope to him. The bishop told him, that he had commited a crime and sacrilege. Only the pope could release the sin. In great haste Chlothar sent a messenger to Rome.

When the messenger arrived Pelagius was about to die. His last words were, that Chlothar had to make the highest amends for his sin.

Chlothar was meditating for a long time, then he granted Yvetot the status of a kingdom. The offspring of Gauthier wore a crown and even had the title “king” until 1551. They didn’t had to pay taxes until the French Revolution in 1789. 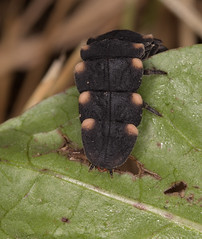 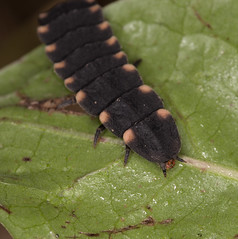